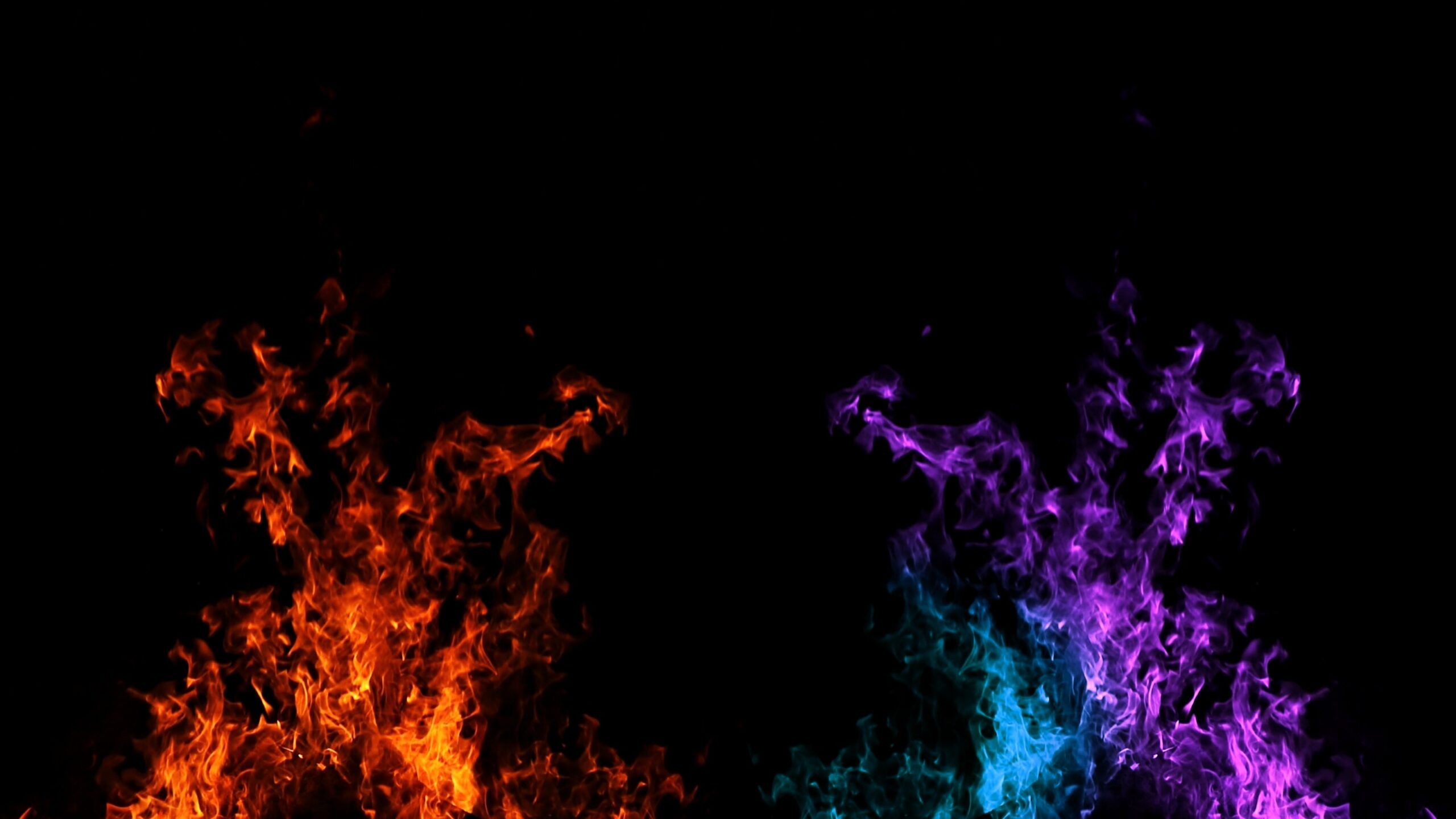 “Through the darkness of future past, the magician longs to see, one chance out between two worlds, fire walk with me”

These past few weeks I have been taking a close look at the newly arrived Mars in Aries where he will be residing for a whopping 6 months as he refuses to miss out on the retrograde motion all the other cool kids are up to (Mercury, Jupiter, Saturn Neptune and Pluto), so expect him to be here until early January next year (6th/7th), turning retrograde 11th September….Very important signs from the skies right there in September. Interestingly, his sister Eris is also hanging out here, they become conjunct in August which is a relief really- as you will see we already have plenty going on this month.

Aries season may have passed and we may be entering the watery depths of Cancer summer but we still need to prepare for a scorcher from the fire elements. Fire walking, bravery, tenacity of mind over matter and forward motion will be focused upon as opposed to a concentration of what we have had drummed into us to keep us safe. Transcendence by the mind will naturally, eventually, pull the body along with it. Trying to master your fear is trying to shatter the ultimate illusion in order to move forward in the brave new world. All of this is going to be themes not only for the collective but for the individual also (check your chart to see which house you have Mars in HERE). Many of us aren’t huge anger and fire fans and quite frankly have had enough of the drama of 2020 to last multiple lifetimes. But seriously we can all learn to straddle this energy, we are going to need to, as far as I am aware cryogenics hasn’t reached such advancement that we can tune out half a year, would if I could, trust.

However, pragmatically I have to say this placement by planet and sign is much needed. The world having come to a literal standstill, motion is now required. This will be tricky as flaming hot fast planets tend to be, and of course it could go off in spectacular fashion in any direction. New ways of working and being in the world are now demanded, progress is needed. We have talked before of feeling trapped between the old world we are so sick of and trying to bring in a newer profound experience- ‘one chance out between two worlds‘, has to start physically somewhere- right here, so lets get into it.

Every sign has a planetary rulership, a natural affinity between a sign and a planet which share elements and themes. Those of you who may have studied the classics will already see that indeed they are one and the same but lets break it down a little. Aries is the first sign of the zodiac ‘first out’ if you will. As such it is here to experience freedom, freedom of action and reaction based upon instinct. It is a cardinal sign, the fire cardinal, it initiates. Enthusiasm, passion, creativity, anger, arrogance, selfishness can all be attributed to Aries. Because it is the first sign and an initiator it can’t really take a sneek peek at what somebody else is doing or indeed has done, and with this can come issues, mainly insecurity or fear.

Mars is the lower octave of Pluto. Subconscious soul desires are passed along to Mars from Pluto to enact consciously in everyday life. It is masculine and motion based as is Aries and likewise, as well as desire, it carries the flip side – fear. Between the two then we see a combination of action, reaction, desire, fear all wrapped up in energy directed out into the world. Below you will see some dates for your diaries all you sensitive energetic beings out there- we are going to be feeling this in every which way.

Mars begins July squaring the nodes, Gemini and Sagittarius. To find out more about the current nodal energy you can click right HERE. I believe that we will all be struggling to switch up our game in terms of the information we choose to take in in order to expand our knowledge and experience of the world. In its distorted form Gemini will not only be incredibly selective in terms of the information it takes in to reaffirm its old weary belief system but will also polarise information into the ‘I’m right and You’re wrong’. Similarly Sagittarius can be guilty of needing to preach to one and all how it’s beliefs are the only ways to progress. Ugh. not terribly pretty and we can see how our active drive and impulse can get entangled in old stories which no longer serve. Remember, truth is relative and we are multi dimensional. Fear and stagnation will persist until we can be prepared to sing a new song and respect that there is more than one way.

Throughout the month Mars is in close sextile to Venus. Mars and Venus hold obvious connotations as receptive feminine energy and masculine energy so it is good to see them in support of each other in this gentle aspect particularly in Cancer season of all times. Venus, the mistress of our internal and external vibration is placed in Gemini with the North node, she is the energy helping us up and out of our nodal square funk by focusing us upon our path of soul progress. Let Venus hold your hand and gently guide you through new thought processes and relations with the rest of the world. She stays close all month almost as if she knows it can be a scary thing to be forced to change tack so quickly and propel ourselves into the unknown.

During the 7th-8th July, Mars is coming into conjunction with Chiron, as well as squaring Mercury retrograde in Gemini, on both counts make note of what is coming up for you during this time as they are about to both switch their motion further down line. For now, be aware that our action will be closely aligned to core wounds and healing- of every variety, personal and collective. Given that Mars is in stressful aspect to Mercury retrograde we may well have difficulty in being understanding and supportive of that needed healing inside of ourselves, Mars is busy yo, things to do, people to see….. Retrograde season is an incredibly internal energy where we naturally shut out the noise of external influences (whether we mean to or not!) to focus upon inner contemplation yet with Mars and Chiron placed as they are we have direct tension here. It may be difficult but we do need to place importance upon internal wellness, the world will keep turning but yours maybe not so well if you don’t practice self care.

11th and 12th of July the moon passes over the same spot in the zodiac held by Mars. Shortly after this tension held between Mars Chiron and Mercury we have an interesting tweak as our personal lens or egoic structure taps Mars on the shoulder with a gentle ‘oi’. Many of us will be feeling the Moon and Mars in Aries as a time to re assess and make sure that not only do we, but others also realise that our own personal holistic health and our personal control/autonomy of it is of great importance and priority.

Chiron turns retrograde on the 13th July and is in exact conjunction with Mars from the 14th, this pairing is semi sextile with the moon conjunct Uranus in Taurus. That notion of the importance of our self care personal will and prioritisation is now in full effect. Following the Moon’s gentle reminder to Mars, Chiron is also emphasizing this by, yes you guessed it, going into retrograde motion! There is no escape from our internal core wounding and we probe and we explore. In spite of the heady concoction of Mars and Aries this is a very sensitive aspect which will need care and due diligence. Mars isn’t necessarily ‘that into’ reflecting upon emotional needs. However indulge he must, as well as acknowledging that the health of others is of great import also.

If at this time you too feel that there are far more important things to be doing, so not right now thank you very much, please remember two things. Firstly, if you want to give your everything in the world being dynamic, exciting, moving and shaking you need to be energetically aligned on all levels. Secondly, there is a risk of physical frailty if we do not care for ourselves holistically. Appease your inner Martian by telling it you are taking time out because you are important and you matter the most- he WILL like that. The moon and Uranus are both in Taurus which emphasise the need for calm grounding, Uranus is a shocking bolt out of the blue at times so being in top form makes you prepared for whatever may (or may not) come your way.

The 18th-19th is an exact opposition with Juno in Libra, and T Square with the Moon in Cancer. Wow. This is interesting. T square dynamics are incredibly powerful and this is no exception. Juno mother of Gods and rightful equal consort of Jupiter remains in Libra very much seeking a redressing of balance in accordance with the whole theme of the merging of the Divine Feminine and Masculine. If you remember in mythology, Juno took no prisoners but did take a lot of unwarranted bullshit from the patriarchal forces of the day. No more. She sends Mars into clear action, driving this message home through her son but how do we make sure he sticks to the correct agenda? After all he can be a little, hot headed? By inserting the Moon in Cancer slap bang in the middle. Both the Moon and Cancer are the energies responsible for the internal balance of feminine and masculine energy- a double whammy of this energy will ensure that life on Gaia receives this message.

Ending our important July Mars transits we have 3 cardinal change making signs and 2 heavenly bodies in their rulership. Mark this clearly in your calendar- we will feel this and can very much assist this energy coming in but also benefit greatly from it. Spend this time focusing consciously upon the change you wish to affect within the world, the fears you wish to remove and the direction you wish to take. Be brave and dream hard, Mars will hear you and pay attention for sure- his mom’s watching.

Moon is traveling through Aries today. Watch your head, but do jump in. It's time to conquer.